I. “Mission in Eurasia” Project

– Eurasia was dominated by Communist ideology (in some areas and in different forms, Communism continues to exist today too).

– In this area, the Russian language is widespread (among the bad things that Communism produced here, there is a positive thing for mission: a common language for the whole region).

– Marxism-Leninism dried out the peoples’ souls through the atheist propaganda (now, people are looking for a new ideology for life).

– Communism collapsed and left behind great disillusionment (people are searching for new hopes).

– There is a great openness for the Gospel (here, the Gospel is indeed a “Good News”).

– Christians were severely persecuted during Communism (it is estimated that there were 12 million martyrs during this period). God made this “seed of Christianity” germinate and bear much fruit now.

– Most of the pastors and local missionaries do not have any theological or missionary training.

– The evangelicals from Eurasia show a real desire for missionary involvement.

– There are two dominant religious groups: Muslims (in Central Asia) and orthodox Christians (in the other areas).

– Using the enthusiasm for mission of the missionaries from Romania, Ukraine and Moldavia (for them, world mission is an unexplored domain).
– Using the educational potential of Romania for training the missionaries in Eurasia (in Romania there are many persons who studied missiology and theology in the country or in other countries from the West).
– Using the political context from this region (after the war in Kosovo, the countries from the west do not have easy access into this part of the world).
– Motivating the countries from the second and third world to get involved in world mission (the need is not so great for money for this mission as it is for people with hearts of servants, ready to sacrifice).
– Supporting financially the local missionaries who should work together with missionaries sent from Romania.

– The countries from this area are considered closed countries for Christian mission.
– Atheism is widespread in the region.
– In these countries there is an accentuated religious syncretism.
– There is a high risk here for foreign missionaries.
– Christians and local missionaries are persecuted.
– Romania, Ukraine and Moldavia have the experience of the Christian life under persecution.
– The missionaries from Romania, Ukraine and Moldavia know how to work with ability and sensitivity in the religious and political conditions from this geographical region.

– Equipping the missionaries with other professions (tentmakers) who work in these countries, but have a missionary orientation.
– Using the facilities of missionary education from Romania, Ukraine and Moldavia (the missionaries from communist Asia can receive training in these missionary centers).
– Training the students with double specialization, as well as the Christian sportsmen and artists, in order to get involved in this mission.
– Approaching the refugees or business people from this area living in Romania, Ukraine or Moldavia. Their conversion and return to their homes with the “flame” of love for Lord Jesus in their hearts would be a great blessing for communist Asia.
– Training the Christian evangelical Chinese community from Bucharest for mission in China and other Asian countries (in Bucharest there is a Baptist church of aprox. 80 Chinese).
– Short mission trips in communist Asia (to open missionary projects and to motivate the Romanians for this mission)

– Most of the population from these countries is made up of: Muslims, Buddhists, Hindus and other oriental religions.
– Christianity is scarce; those who become Christians are persecuted.
– Christian mission is done completely “under cover (missionaries who have a laic specialization are needed).
– The culture of the non-Christian orient id very different from the European culture (training the missionaries requires a special care in this respect)

– Training and sending missionaries from Romania, Ukraine and Moldavia in mission for the non-Christian Orient.
– Supporting and equipping local missionaries from this region (mission here would be more efficient if it was done by locals).
– Training the churches in Romania, Ukraine ad Moldavia to support this mission.
– Creating partnerships with the local churches or missionary organizations that exist in the area.

IV. “Mission in the Balkans” Project

– All these countries have experienced communism (now no longer active).
– All the countries have serious economic problems (people are hopeless)
– There are serious interethnic and interdenominational problems
– Muslims and orthodox Christians are present in equal percentage in Bosnia and Albania, while in the other countries the orthodox are the majority
– The evangelical churches from this area are continually growing

– Training and sending missionaries equipped for mission in the Balkans
– Using the facilities from the centers of missionary studies in Romania, Ukraine and Moldavia
– Creating partnerships between the missionaries (Romanians, Ukrainian ad locals) and the local churches
– Plating new churches in the areas where there is no evangelical church
– Encouraging the Romanians or the Romanian churches from this area

b) Characteristics met in this missionary approach:

– Jews are a minority isolated culturally and religiously in all countries
– Our country showed hostilities towards the Jewish people. As evangelical churches, we have the duty to make moral and spiritual repairs, being a blessing for these people.
– The Christian testimony requires care and cultural sensitivity
–
c) Missionary objectives:

– Training and sending Romanian missionaries among the Jews
– Cooperating with Messianic churches from Romania, as well as with the missionary organizations who work for the Jews

VI “Mission among the Roma”

a) Characteristics met in this missionary approach:

– The Roma represent an ethnic group without a country (this gives them the feeling of insecurity and the mentality of despised minority by those who have a country).
– The Roma have an alternative social system (they have their own system of organization ““ the Roma king lives in Romania in Sibiu).
– The Roma manifest openness towards the evangelical churches (the Roma king is Pentecostal)
– An accentuated lack of health, school and moral education.
– A problematic ethnic group for the whole Europe (because of the high level of crimes among the Roma).
– Awful material situation.
– Families with many children (5-15 children).
– The Roma are very talented musically.
– The language of the pail makers is an international language

– Organizing Bible study classes for the Roma children from Bucharest, Cornetu, Suceava, Sibiu, Brăila and other cities in the country
– Organizing classes for gymnasium in some cities from Romania (these will be accredited by the Romanian government).
– Training Roma missionaries for international mission
– Providing social work for the persons who have problems
– Organizing a Center for Education and Culture of the Roma from Romania (CECRR), in Bucharest, which should have the following objectives: 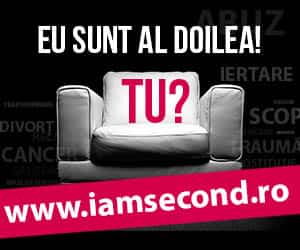